It has been an incredible 2017 for RafaNadal. 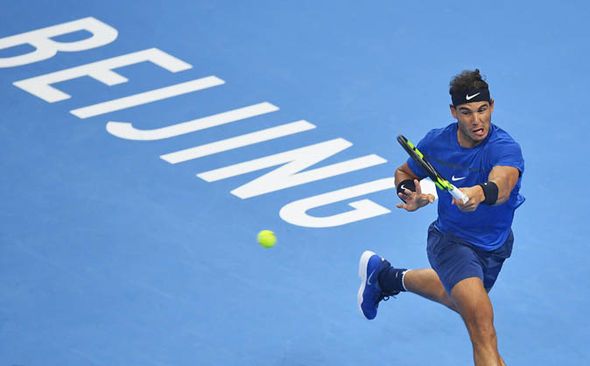 His rivalry with Roger Federer continued, with both top tennis veterans sharing the Grand Slam titles two apiece. The Spaniard has won virtually everything in the revered game of tennis but he says he has more targets before he resigns from pro tennis.

At 31, Nadal dreams of wining the ATP World Tour Finals – which he has never lifted in his illustrious and very successful career. He has never won the end of the season trophy but he wants it badly amongst his long list of titles and medals.

Nadal already has two Olympic Gold medals, four Davis Cups and 16 Grand Slam titles. He has 30 Masters 1000 titles as well but he wants the ATP Finals titles to cap it all. The World No. 1 is definitely up on the list of the greatest tennis stars of all time. He wants to win the Race to London 2017 – a title that other top stars like him have won but it keeps eluding him.

With good health and with his current form, there is nothing stopping Nadal from lifting the title this time. Murray, Djokovic and Stan Wawrinka that could have proven formidable opponents are all ruled out. Nadal is a two-time finalist, losing to Federer in 2010 and Djokovic in 2013.

“I never won the World Tour Finals so I would like to do it, but seven other players want it too.”

Federer will be among the seven with GrigorDimitrov, Dominic Thiem, Alexander Zverev, Marin Cilic and others set to participate.